States Leap Ahead with TAP Funding 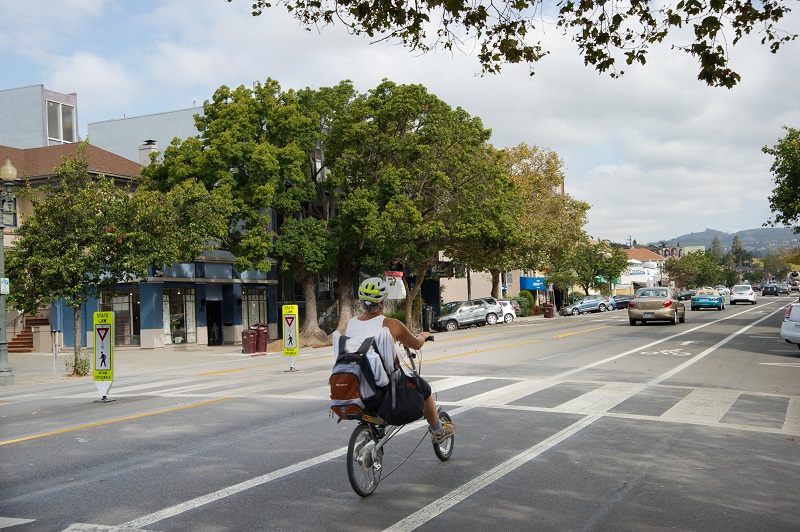 Congress is in recess until after the November elections, meaning that transportation spending won’t be settled until December at the earliest during a “lame duck” session. While negotiators are working to reach agreement for December consideration of the AV START legislation that would provide a framework for automated vehicles, we continue to oppose it unless significant improvements are made to safety, data collection, and preservation of local authority over traffic laws and safety standards.

So, with Congress out of town, we turn to the states. Every quarter, we look at how state departments of transportation are handling their allocations for the Transportation Alternatives Program (TAP). This is a particularly important quarter as it marks the end of the federal fiscal year, which is the deadline for states to obligate their FY2015 funding or lose it. (Obligation means the state DOT has committed funding to a local TAP project and is a key step towards actually getting the project built or implemented).

We’ve got a lot of good news to report on TAP in the states, along with some less than positive news.  All of the numbers below are drawn from our new quarterly state of the states, with data as of September 30, 2018.

First the good news: This was a huge quarter for state obligation of TAP money. Every single state obligated at least some TAP money, and altogether nearly $300 million was obligated just this quarter. For the entire fiscal year 2018, states obligated $560 million – which means hundreds of biking, walking, and Safe Routes to School programs and infrastructure projects were able to move forward.

Since TAP was created in 2013, $2.4 billion has been obligated towards these projects—meaning that two-thirds of the funding allocated thus far is in the hands of local communities looking to make biking and walking safer and more accessible. There are lots of great local stories in those billions demonstrating why TAP is an important use of federal dollars.

Now let’s turn to the less than positive news. As we’ve discussed previously, states are allowed to transfer up to half of their TAP money to other transportation projects, like roads and bridges. Eleven states transferred a total of $46.3 million away from TAP, including two states who have never done so previously – Hawaii ($800k) and Vermont ($1.6 million). Historically states have transferred just shy of 20 percent of TAP money – more than we would like by a large margin, but still significantly less than the maximum states can transfer, showing that there is demand and need for spending TAP funds on biking and walking. We commend the fourteen states that have never transferred a penny of TAP funding to another program.

Finally, last quarter we expressed concerns that 23 states were at risk of losing funding if they did not obligate money before the end of FY2018. Fortunately, all but three states put their obligation in high gear and got projects rolling. Only three states will be lapsing funding, and it is a relatively small amount: Arizona ($1.8 million), New Hampshire ($1.6 million), and Wisconsin ($2.7 million). While we hate to see any TAP money go to waste, this is one-tenth of a percent of TAP dollars overall and states made significant strides to avoid losing TAP funding.