The new Congress convened for the first time this week, setting its rules and electing its leaders. The Senate will quickly move to confirmation hearings on President-Elect Trump’s nominees to head various agencies, including Elaine Chao to serve as Secretary of Transportation.  Congress will move quickly on the repeal of the Affordable Care Act, though new infrastructure funding is likely to wait until at least late spring. We will also have new leadership and members of the Senate Environment and Public Works Committee, which handles surface transportation policy, with Sen. Barrasso (R-WY) and Sen. Carper (D-DE) taking over as leaders. Senators Ernst (R-IA), Moran (R-KS), Duckworth (D-IL), and Harris (D-CA) will all be joining the committee as members. The House has not yet completed its committee assignments.

While Congress gets organized, it is a good time for advocates to focus on their own states and spending priorities. We have a new quarterly report tracking Transportation Alternatives Program (TAP) funding through September 2016 available—and unfortunately, a number of states transferred funding away from TAP into road and bridge priorities for the first time. You may recall that Congress allows state departments of transportation (DOTs) to transfer up to half of their TAP funds to other transportation priorities. However, given the demand for funding for Safe Routes to School, bicycling, and walking—we discourage states from doing so. 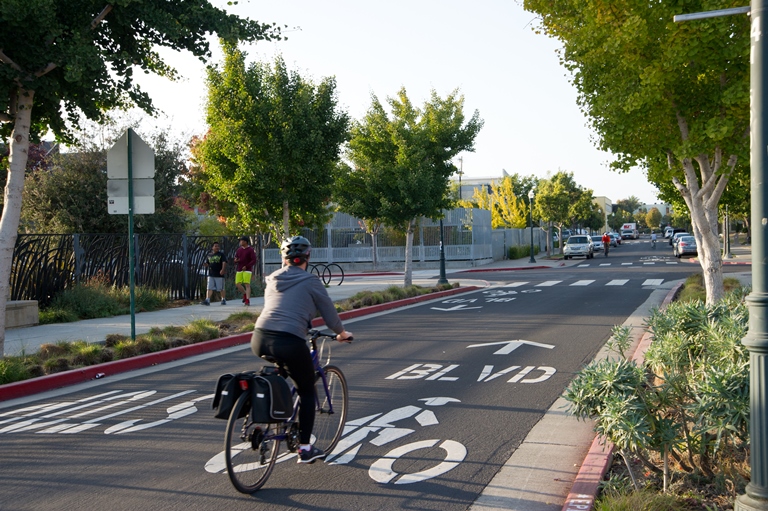 Millions of dollars that could fund walking, biking, and Safe Routes to School projects are being transferred out of TAP to fund road construction.

The troubling stats are: DOTs transferred $109 million in TAP funding just in the three months between July and September 2016, which is about a 25 percent increase in transfers made in the four years the TAP program has existed (on top of a significant amount of transfers the prior quarter as well).  While 21 states had already transferred funds from TAP in varying amounts, 11 additional states transferred money out of TAP for the first time, many in significant amounts:

These millions of dollars represent hundreds of projects that could be making it safer for children and families to walk and bike; instead they are being diverted to road construction, which is already funded to the tune of billions of dollars. It is very concerning to see so many states choosing other transportation priorities given the very limited funds that exist for biking and walking. We urge advocates in these states, plus any of the other 20 that have transferred funds in the past, to work together to ask your DOT to reverse these transfers and to commit to using TAP funds for biking, walking, and Safe Routes to School initiatives. Please reach out to Margo Pedroso at margo@saferoutespartnership.org if you would like more information about your state’s transfers.

On the positive side, there was also a large jump in obligations of TAP funds, with $280 million in funds newly obligated this quarter, with nearly all states making progress in getting funds awarded and moving projects forward. Together, hopefully we can keep this positive progress moving while reclaiming some of the TAP transfers for our important safety priorities.