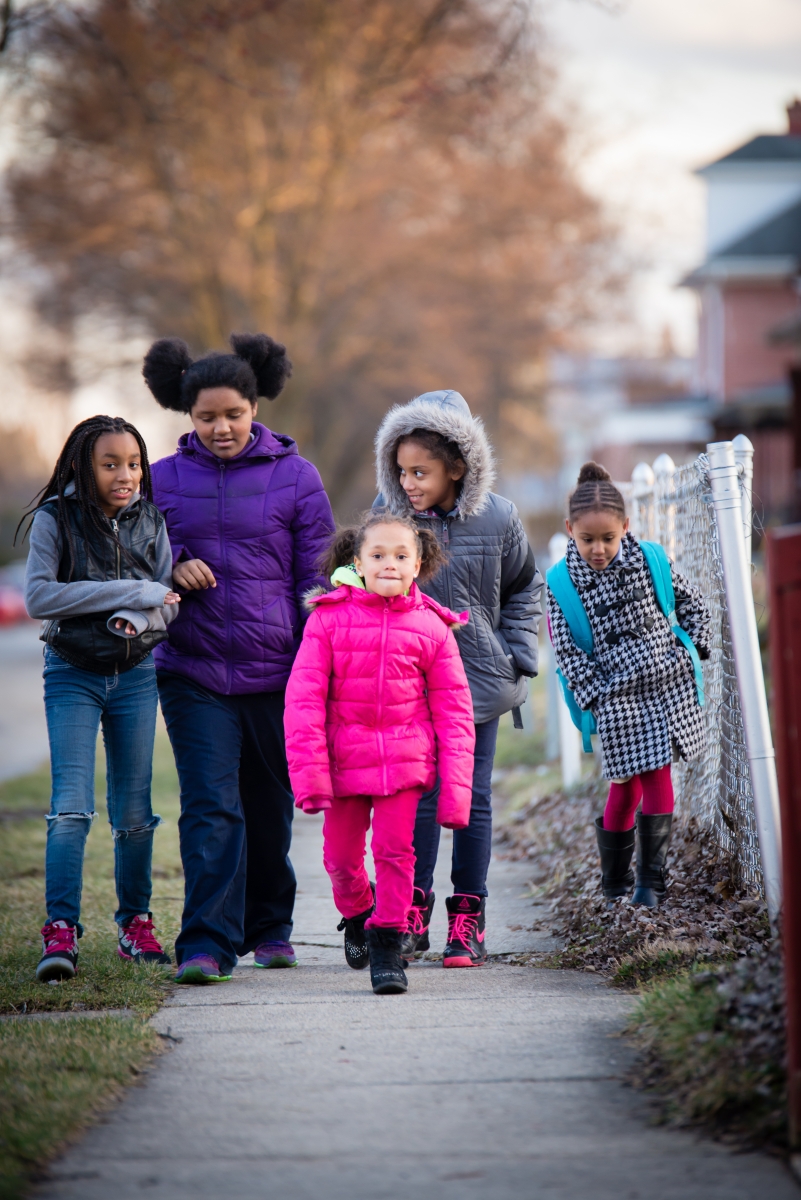 This post was written by research adviser Tiffany Lam.

A recent Stanford study found that worldwide, there is a wide gap between people who walk a lot and those who don’t. This finding of activity inequality was based on large-scale smartphone data (from over 700,000 people in 113 countries) about people’s daily steps taken. A nation’s activity inequality indicates higher likelihoods of obesity among its population, which has been increasing globally, especially among children. This underscores the need to promote greater physical activity, including active commuting, which is one of the easiest ways to incorporate physical activity into daily life.

Disaggregating the activity inequality data by gender reveals a global gender step gap, in which women walk less than men do every day. Gender inequality in physical activity starts young, as girls are less likely to achieve recommended levels of physical activity compared to boys. The Stanford study found that the prevalence of obesity increases more rapidly for women compared to men, which, in turn, increases women’s risk of obesity-related health problems. To address these gender health disparities, we need to understand what accounts for the gender step gap in the first place.

Certainly, the built environment plays a role in how much people walk. People walk more when the built environment makes walking safe, appealing, accessible, and even fun. This includes having quality pavements, parks, and public spaces; street crossings that provide ample time to cross the street; green space and tree-lined streets; and human-scaled buildings and roads. Arguably, making the built environment more walkable can reduce overall activity inequality and gender disparities in walking. The Transportation Research Board has a 2004 conference report, Research on Women’s Issues in Transportation, in which several papers establish that safety concerns, particularly fears of crime and harassment, make women less likely to walk for exercise or recreation. Public space design, such as improved lighting, sidewalks that are wide enough for strollers, and shorter street crossings, can play a role in improving women’s feelings of safety.

We must also look beyond the built environment and pay more attention to how gendered perceptions of safety impact whether, when, and how much women walk. Women and girls have to account for threats and realities of gender-based violence in public—on public transportation, in schools, in workplaces, in parks, on streets—and feel less inclined to walk in certain areas at certain times. As such, improving the safety of women and girls in public space will improve public health, too. UN Women has recognized the link between gender-based harassment and violence and female mobility in public space: Recently it launched a Safe Cities and Safe Public Spaces flagship program to prioritize safe streets for women and girls. This program acknowledges that while violence in the private sphere is now largely recognized as a human rights violation, sexual harassment and violence against women and girls in public spaces remains a pressing problem that is mostly unaddressed by lawmakers and policymakers.

Transportation planners predominantly think about safety in terms of safety from road traffic danger, which results in infrastructure-related interventions. While that is certainly important, safety is broader than that and includes safety from crime, racial profiling, and gender-based harassment and violence. A growing body of research focuses on the complex role of safety in active commuting for men and women, boys and girls. People’s perceptions of safety largely determine how, where, and when they get places. Many parents base their decisions about whether their children are allowed to walk or bike to school on how safe they think it is. Without a more holistic view of safety, we simply cannot reduce activity inequality, the gender step gap, and their negative public health outcomes.

Fortunately, there are many ways to take action to improve perceptions of safety for women and girls, including preventing crime and violence and putting an end to street harassment. Here are some resources to help you take action:

Do you have stories or resources to share on women and girls walking and bicycling? In honor of women's history month, our March #MoveEquity tweetchat will focus on the barriers that women, girls, and gender fluid folks experience in getting around, how that influences walking and biking rates and experiences, and what we can do to make our streets better for everyone.  We will also celebrate the greatness that women and girls contribute to our communities and our movement! Join us on Wednesday, March 21 at 1PM ET/10AM PT. Use the hashtag #MoveEquity to join the conversation on Twitter.

Mark your calendar to continue the conversation in April.  International Stop Street Harassment week is April 8th – 14th and Safe Routes to School will have a #MoveEquity tweetchat on street harassment on April 18th. Please join the conversation and help us work towards making public spaces safer for women and girls to engage in active travel!