What Comes After Covid?

It has now been about a year and half since the world turned upside down; a year since the renewed call for racial justice shook cities across the United States and the world. As we near the end of shutdowns, masks, and social distancing, we can’t go back to “normal.” The world has changed— we have all changed. We have to move toward what’s next. The good news is that what’s next can be determined by everyday people making and advocating for small improvements to make their communities more equitable, healthy, and safe. Here are a few of the goals that I have been hearing from communities along with stories and resources that give me hope that we can keep working toward those goals as we build what comes next. 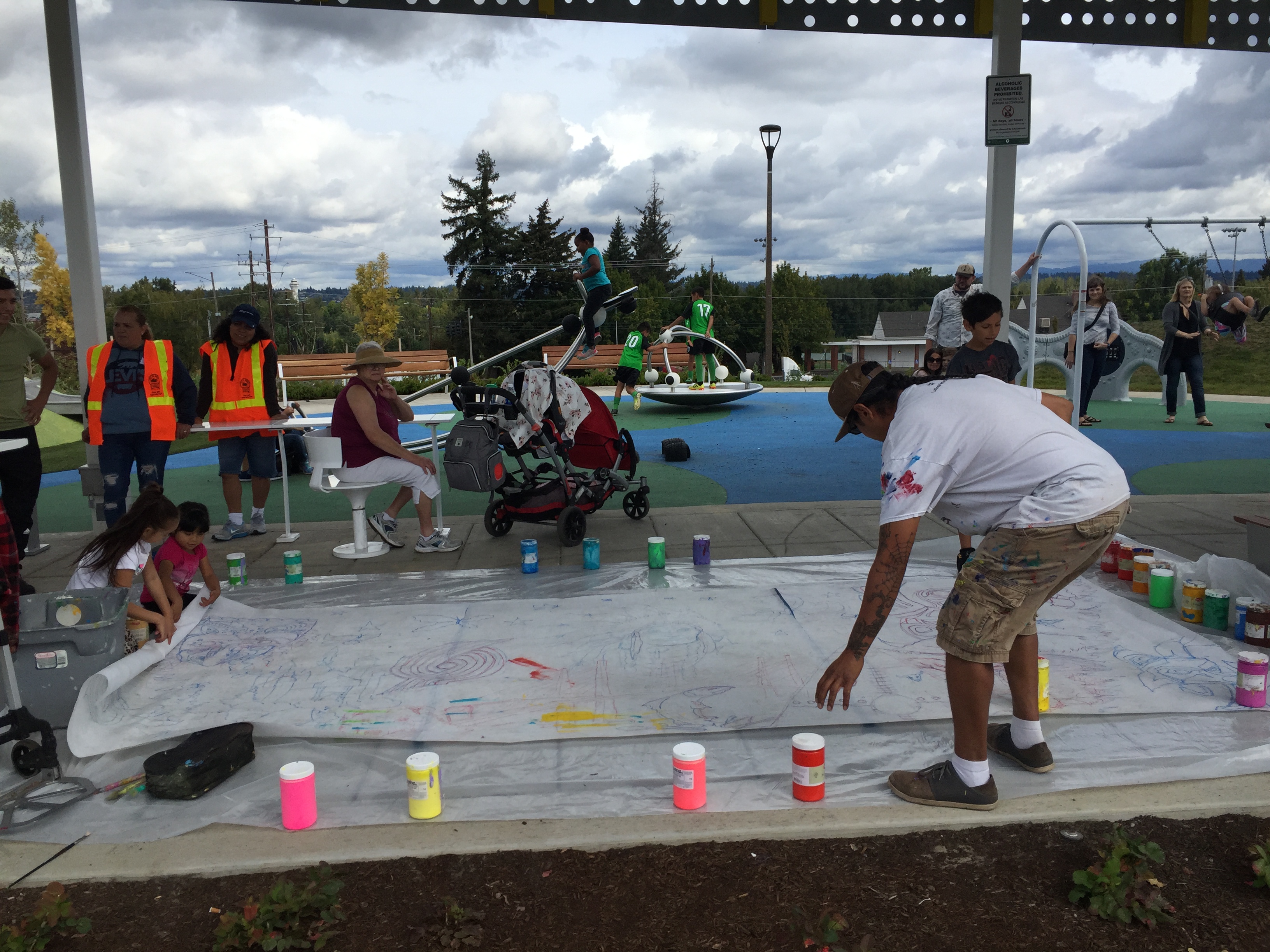 If we want to keep people out moving their bodies by walking, biking, and rolling, then we have to make those activities safe, accessible, and joyful.

In Portland, Oregon, traffic gardens, little bike-able obstacle courses, popped up in empty schoolyards and parking lots around the city, providing kids and their families with a fun way to get out of the house and practice their bike skills. Portland METRO ran with that excitement and produced an official toolkit.

Speaking of simple, pop-up activities, in my D.C. neighborhood in May, a chalk obstacle course drawn on my sidewalk brought joy to my afternoon stroll. I hope that the creator heard my laughter as I frog jumped down the sidewalk.

Call to action: Get connected to the efforts in your community to increase access to walking and rolling. Remember that small wins and community building can be the first step toward bigger wins. 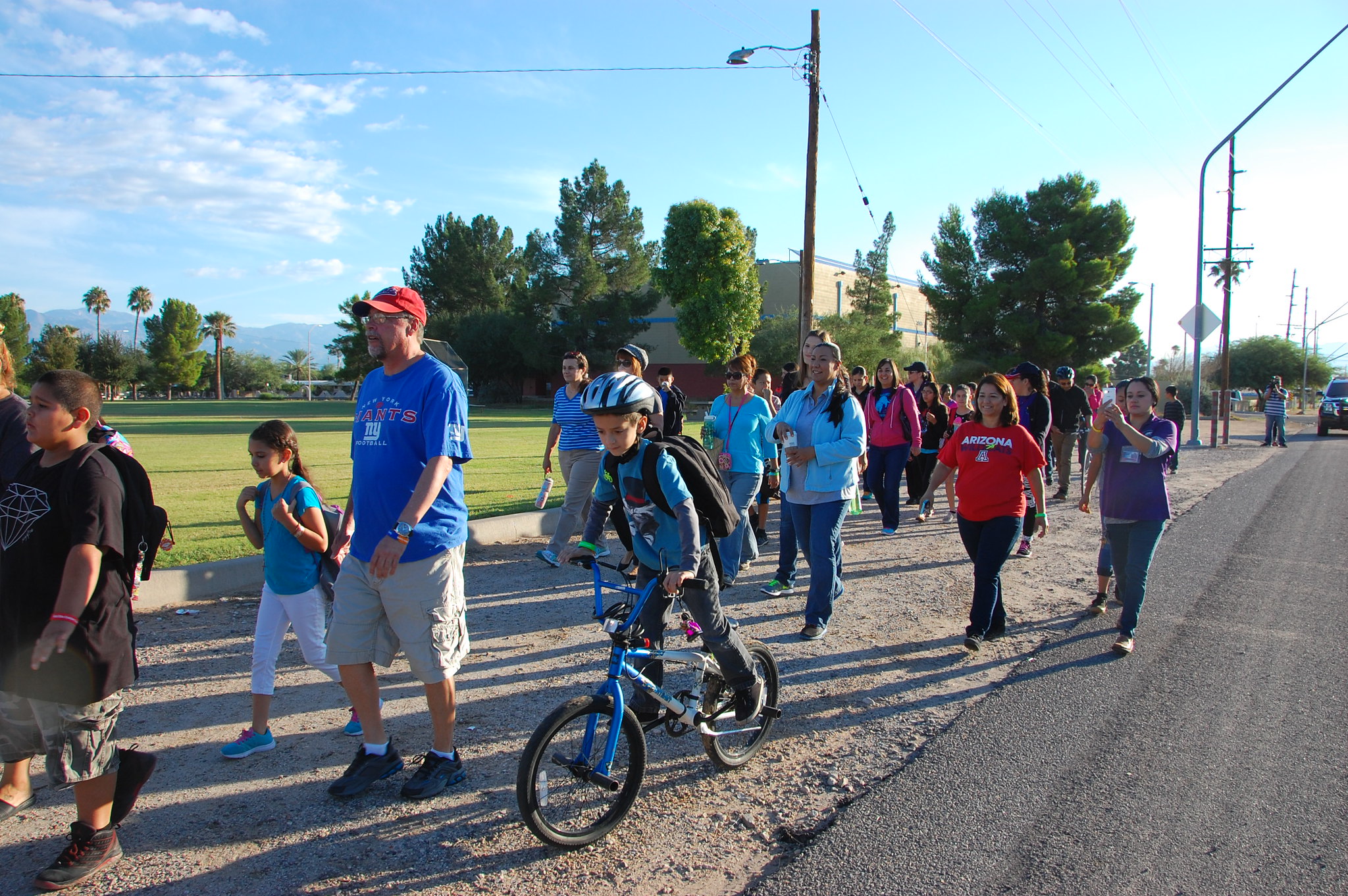 If we want everyone in our community to have access to the parks and green spaces that were a refuge for those privileged to have them, then we need to advocate for more investment in those spaces and meaningful engagement with people who live there to understand how to best use that funding.

One example of a community beginning to do that work is Tucson, Arizona, where the Safe Routes Partnership Safe Routes to Parks team worked with Living Streets Alliance and their partners at the City of Tucson’s parks and transportation departments to assess their community engagement practices and identify opportunities to increase meaningful engagement with the communities that need that investment the most.

Call to Action: Explore the Trust for Public Land’s new ParkScore index to see how your city compares. Also look into how your city and county prioritize funding infrastructure projects. Is there a clear system or does it just depend on who shows up to meetings? 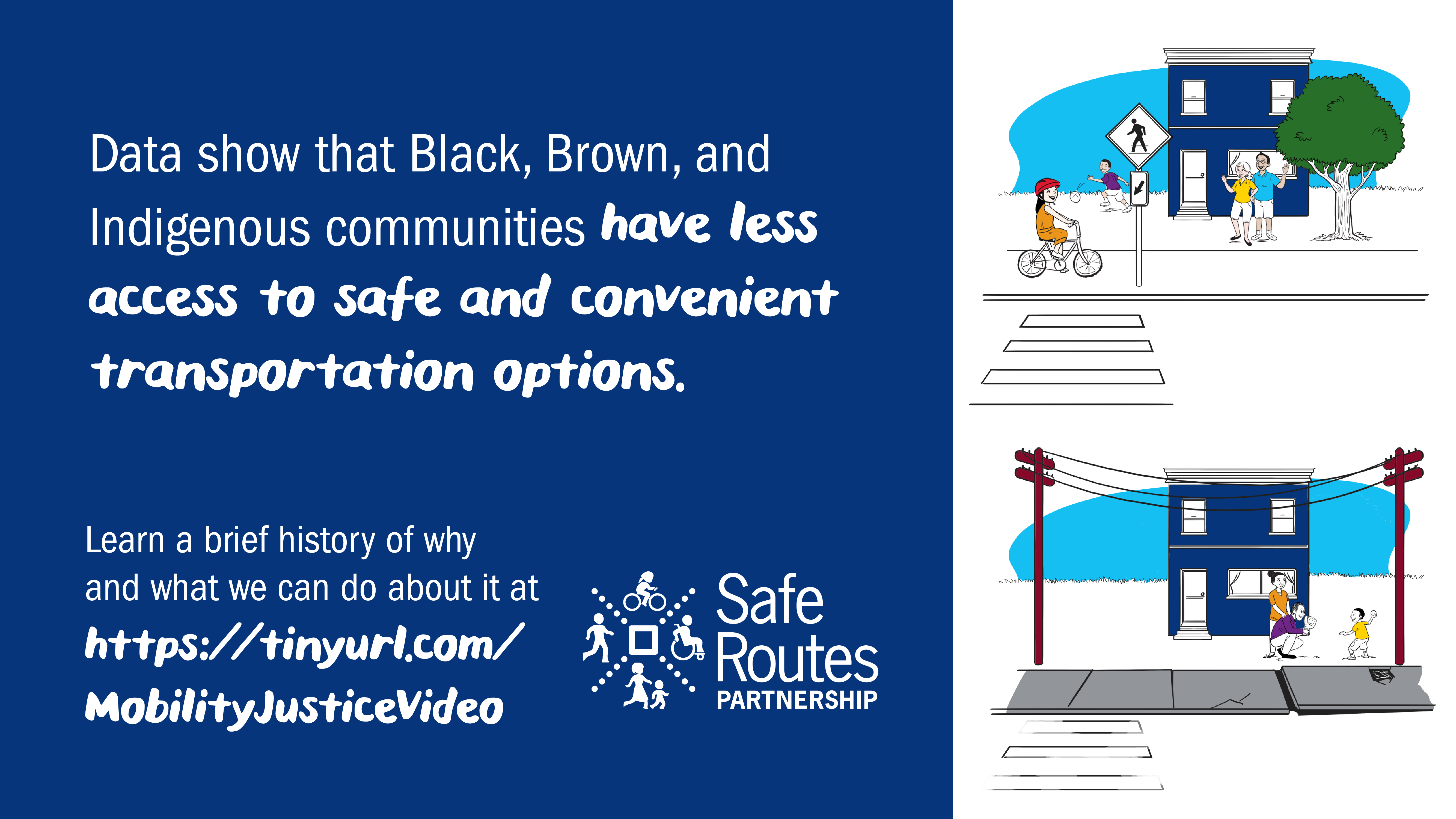 If we want racial justice for Black and Indigenous people, we have to ensure that people understand the history of racist policy and funding decisions that built our current system and how to center equity in any new decisions.

We worked with a panel of experts to create a resource page where you can learn about the historical context of today's transportation inequities and get ideas for concreate actions to move toward mobility justice. Most importantly, there is a short animated video that can act as a first step toward starting the conversation.

Call to Action: Watch this video and share it with someone else so you can discuss the content. Did you learn something new? What are you curious about?

What are you hoping to see as part of what comes next? Share with us on twitter @saferoutesnow