The old tennis courts at Homestead Park in Youngstown, Ohio, secluded from other well-lit parts of the park, started attracting illegal activity in the late afternoons and lasting through the night. With no fence to control access, people would drive over the sidewalk and park on the courts to drink and party, with occasional fights and even shootings breaking out. Residents would often wake up to find broken glass, trash, and drug paraphernalia littered around the courts, including on the sidewalk, which connects the park with two nearby elementary schools and a playground. This activity posed a hazard to youth walking to and from school and around the neighborhood.

“We did some door knocking in the neighborhood around the park and heard horror stories about what goes on at night. The tennis courts and the illegal activity were seen as a huge problem. A lot of parents wouldn’t take their kids to the park even though they live very close by,” said Tom Hetrick, Neighborhood Planner at Youngstown Neighborhood Development Corporation (YNDC).

YNDC had been working with community members to identify significant barriers to youth safety and access to parks in Youngstown, focusing on the six most heavily-used parks in the area. Homestead Park was identified as a top priority with the most crime, abandoned properties, deteriorating infrastructure, and pedestrian-involved crashes. With funding and support from the Safe Routes to Parks Activating Communities Program, YNDC formalized a plan to begin transforming the park.

As a first step, YNDC conducted three formal walk audits with summer camp youth, neighborhood residents, block watch leaders, park users, and other stakeholders. In addition to the dilapidated tennis courts, the walk audits documented missing sidewalks, lack of curb ramps, the need for marked crosswalks, the presence of vacant lots, inconvenient access from the street to the park, lack of information and signage, tall grass and overgrown vegetation, and lack of bicycle parking.

Then, with funding from the Safe Routes to Parks Activating Communities Grant, YNDC arranged to remove the court blacktop and plant green grass seed in the space. A split rail fence was built to prevent car access and four LED spotlights were installed to illuminate the area. A portion of this work was completed by a contractor who lives near the park and is an active participant in a nearby block watch.

A youth-centered pop-up event is planned for the summer of 2019 to celebrate and activate the new greenspace.

“I’m happy to see the old courts removed, because they were used for a variety of criminal activities. It will deter crime in the surrounding area,” said neighborhood resident and organizer Anika Jacobs.

“When it comes to making small improvements, like sidewalk repairs or crosswalks, there’s a feeling in Youngstown that we have bigger problems to solve. Addressing vacant properties, high crime rates, and deteriorated roadways takes priority among decision makers and authorities. But among community members, incremental changes make a big difference. People were afraid to come out of their houses in the evenings because of the negative activity the courts were generating. Now they’re able to enjoy the park and walk safely in their neighborhood” said Hetrick. 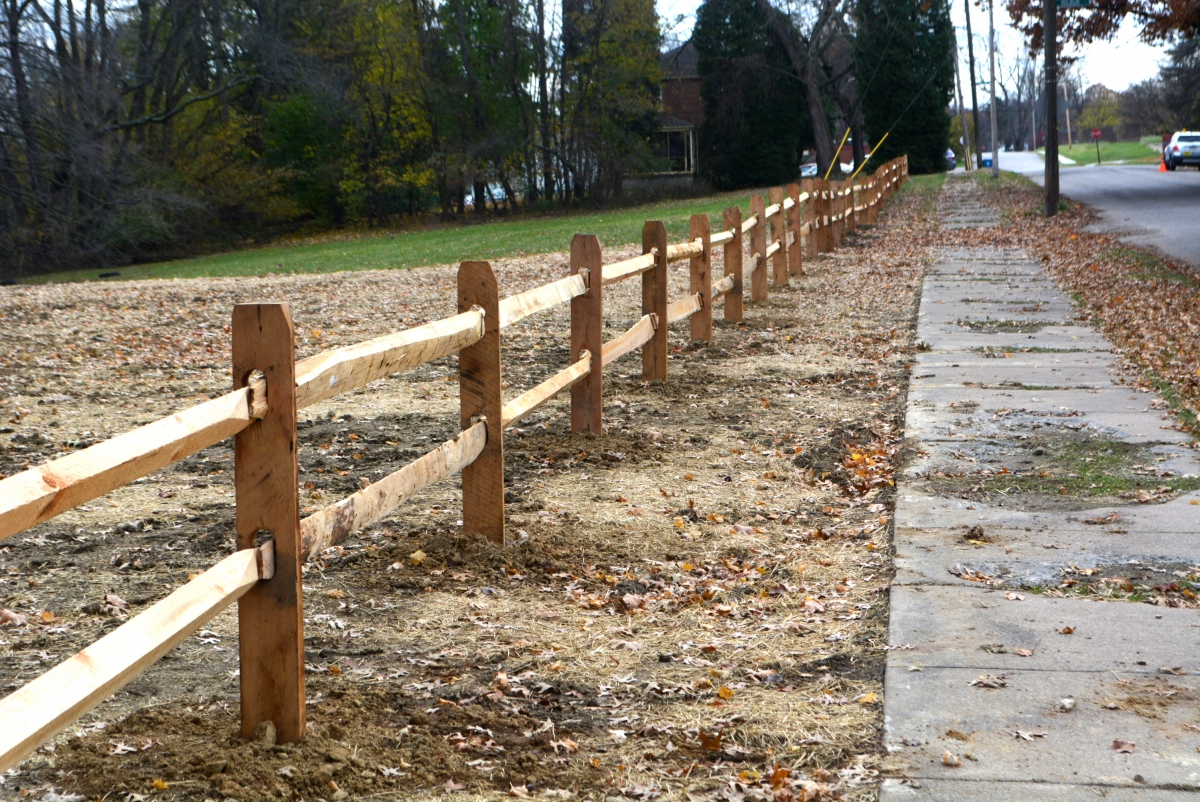 Green space where the tennis courts used to be

In the longer term, YNDC plans to continue working with neighborhood groups to advocate for the striping of crosswalks and improved signage around Glenwood Park, and the high-priority but higher-cost improvements along Glenwood Avenue. YNDC successfully partnered with the city to submit an application for an engineering study focused on pedestrian safety on the streets surrounding the park.

YNDC is celebrating an early sign of building sustainable support with decision makers. “Councilwoman Lauren McNally, whose ward covers Glenwood Park, donated $10,000 to repair broken sidewalks leading to the park as a direct result of our Safe Routes to Parks action plan. It will be a great way to kick off the next phase of the project and advocacy campaign,” said Hetrick.