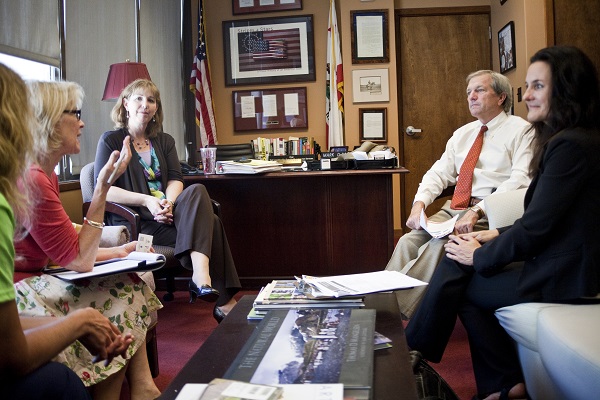 The end of August is a particularly key time in the Legislature as the remaining bills and issues on the agenda this year move quickly toward passage to the Governor’s desk to be signed in September. Advocacy Day could not have been more strategically scheduled for education of lawmakers on the key issues affecting Safe Routes to School this year. The bill to enact a new Active Transportation Program is expected to be in print this week, and legislators are now freshly aware of what that bill must include to continue adequate funding for Safe Routes to School projects across the state.

For legislative members and staff who have been working hard to move bills since January, the smiling faces of their constituents invigorates their work to find compromise and get bills passed at the end of the session. For advocates, the Aug 15 visit to the Capitol was a whirlwind of meetings where they were able to share real-life experiences with their elected officials. Among the 40 Advocacy Day participants were Safe Routes to School, trails, and public health advocates, parents, bicyclists and transportation engineers. Many of the advocates took time at the end of a busy week at the Safe Routes to School Conference to attend. 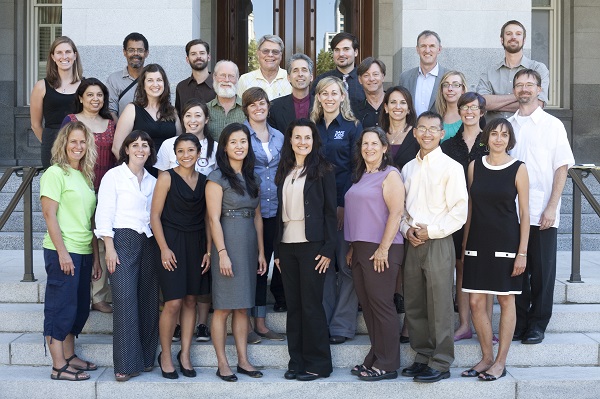 The full group on the steps of the Capitol

Hoping to get more involved in policy, advocate Clare Gordon from the San Francisco Bay Area volunteered. Her group met with five offices, three in the state Senate and two in the state Assembly. “This is the first time I have ever done this and it was really fun!” said Gordon in her meeting report, “…it felt super successful!” Another participant summed it for everyone: “I feel empowered!”