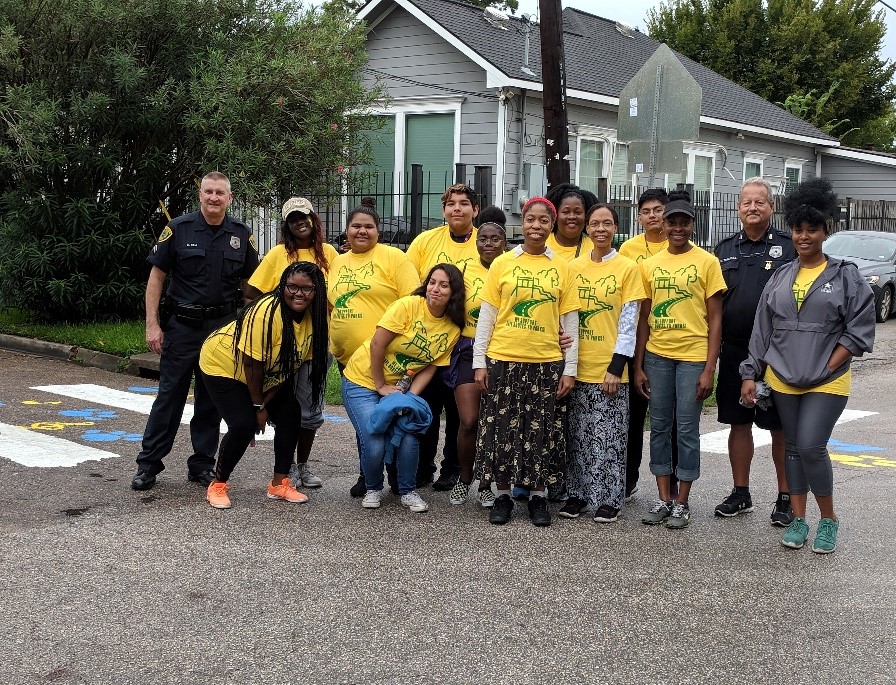 Low-income communities and communities of color have experienced historic disinvestment and marginalization in Houston, which manifests in continued inequities like higher rates of weight-related chronic disease.  Many of these inequities are driven by social determinants that have created environments that do not support opportunities for health, such as regular physical activity or access to healthy, affordable food. 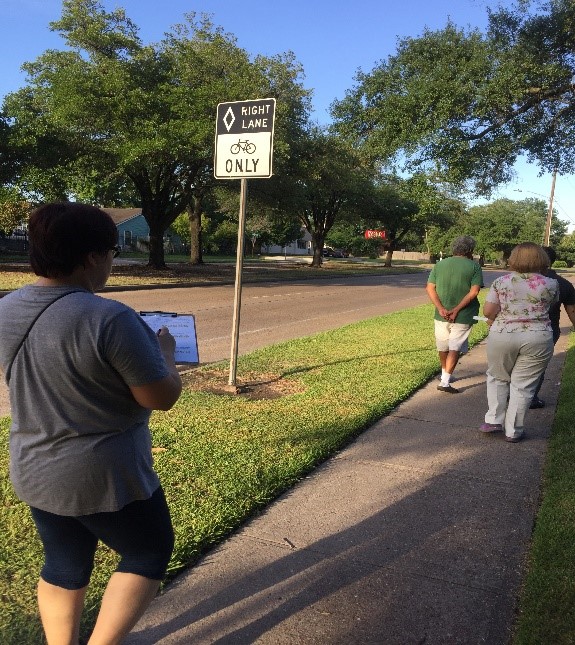 The Near Northside is a dense neighborhood of 25,000 located just north of downtown Houston. Near Northside is 82 percent Hispanic, with an average median income of $30,528 and more than one third of families live below poverty. The crime index is double the U.S. average, and 11 percent of residents report serious psychological distress compared to 7 percent in Houston. More than 67 percent of adults and 57 percent of children are at unhealthy weights, and rates of chronic disease are high.

CAN DO Houston is a nonprofit organization working to advance healthy lifestyles through community-driven solutions that has been working with Near Northside residents to improve community conditions so that residents can safely walk, bike, visit parks and green space, and get the physical activity they need to be healthy. A survey conducted by CAN DO Houston among Near Northside residents revealed common barriers to letting a child walk or bike to school. Those barriers included crime, dangerous road crossings, lack of adequate lighting, and lack of walking and biking paths. At the same time, 65 percent of respondents said they would walk or bike as transportation if they could do so safely. Poor street infrastructure and safety, including along routes to neighborhood amenities/facilities/destinations such as parks, is a prominent concern among residents.

With a grant and technical assistance from the Safe Routes to Parks Activating Communities Program, CAN DO Houston worked with residents to assess the walkability and implement a street safety enhancement focused on improving park access at Castillo Park and surrounding areas in the Near Northside community. Resident advocates who had been trained in CAN DO Houston’s Community Leadership and Advocacy Training worked with worked with neighbors and led collaborative efforts to identify priority routes, conduct and analyze walkability and safety assessments, and make recommendations to local community organizations and the City of Houston through the Mayor's Complete Communities Initiative.

“Community-led assessments, data analysis, and solution generation were the foundation to our Safe Routes to Parks project,” said Dr. Jasmine Opusunju, executive director of CAN DO Houston. “This approach ensured that the population experiencing the safety issues were actively involved throughout the process, which is critical for the identification and mobilization of relevant solutions.” 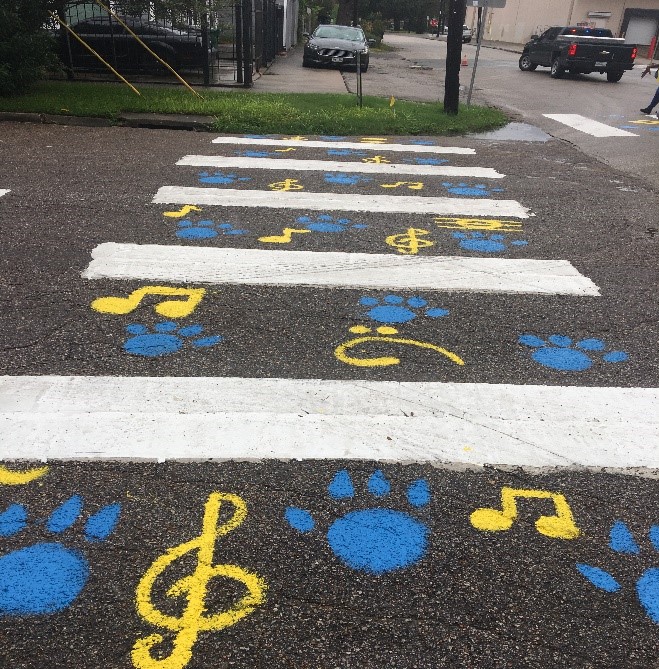 These community-led assessments yielded agreement on an improvement that could catalyze further interest and momentum in improving walkability around Castillo Park/the Near Northside Neighborhood: improving safety at three intersections near Castillo Park and the Marshall Middle Academy of Fine Arts. One of the primary concerns for residents was that drivers did not notice crosswalks and often did not stop for people waiting to cross the street. To make the crosswalks more visible and noticeable, youth, residents, and partner organizations created a temporary pop-up crosswalk using acrylic paint to showcase art designed by students from two schools located near the park.

The strong community interest in this project prompted the Public Works Department to permanently repaint the existing crosswalks, reinstall a missing stop sign, and add pavement painting to bring attention to the stop sign. The city also has plans for additional future improvements, including removing the current crosswalks to create permanent artwork crosswalks. Observational data collected before and after the project demonstrated overall improvements in feelings about safety of street crossings and intersections, quality and safety of driving behavior, and quality and safety in the area surrounding the park.

“The pop-up project was a success due to the tremendous support and collaborative efforts that occurred to make it happen, plus the strong interest to continue to advance this project and create permanent crosswalks based on student-driven and community-selected art,” said Dr. Opusunju.

CAN DO Houston and partner agencies are now working with residents to coordinate existing and future actions to address safety and walkability in Near Northside, including ways to integrate the data, priorities, and solutions generated through this project. Going forward, the goal is to align Safe Routes to Parks priorities and strategies with other existing efforts to create a comprehensive plan for working toward long-term solutions and health in Near Northside.