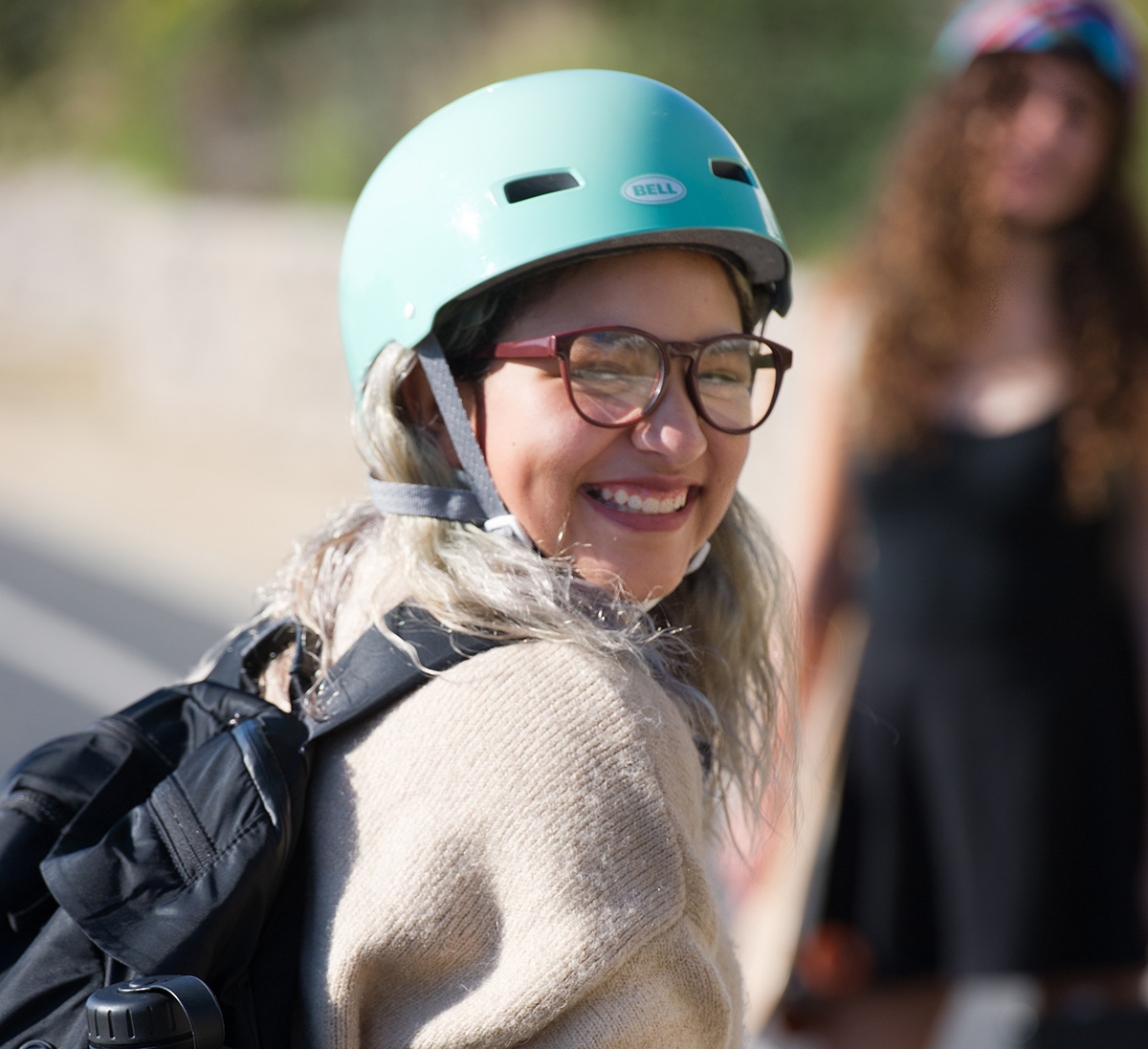 Last night, I went for a bike ride. I love the wind whooshing through my hair and the freedom and power I feel from using my feet to propel myself to wherever I want to go. Wearing my leggings and a sporty tank top, I pedal hard and fast, enjoying each downward turn of the crank. My errand of the evening is dropping my books back at the library. The books are heavy in my basket, making it bounce and squeak as I rumble over tough asphalt.

Even though the roads in my part of the woods are unkempt, not marked for bikes, and narrow, I didn’t know it just yet, but those dangers were about to be the least of my worries . Stopped at a red light, I saw a few guys coming out of the newly opened Pho restaurant on the main drag of my neighborhood.

“Hey girl, where you going? Can I come?” one shouts flirtatiously. They all laugh. Some make kissing noises.

“Aww, come on, have a sense of humor! You look good! It’s a compliment.”

Thank goodness the light turned green. Again, just as in the beginning of my journey, I pedal hard and fast as I could. But this time, riding away, I feel less powerful.

It’s not fair how others can objectify me in public space and make me rethink the time, the route, or if I even want to ride my bike to run errands. If I was in a car, at least I could roll my window and turn the music up.

This scenario isn’t a rare one to me or many women that walk or bike (or exist, for that matter). In fact, women aren’t the only ones experiencing this type of harassment and similar barriers when they bike. My story isn’t alone in the many narratives of people that belong to marginalized groups.

Dr. Amy Lubitow, Associate Professor of Sociology at Portland State University, conducted research that sheds light on the barriers to utilitarian biking for marginalized people in Portland, Oregon. The research provides narratives regarding obstacles to routine biking for women and people of color who already see biking as a worthwhile form of transit, but who make relatively few bike trips. Through the stories of these bicyclists, Dr. Lubitow summarizes the barriers and suggests potential interventions to increase trips within these demographic groups.

Twenty-eight Portlanders who self-identified as a woman and/or as a racial/ethnic minority were interviewed. Most of the barriers that were mentioned related to socio-cultural aspects of biking and being a woman and/or a person of color.

For women in the study, riding could put them at the extremes of feeling empowered, or feeling stressed. Women reported feeling self-sufficiency and autonomy with the speed that a bike provides, while also reporting feelings of anxiety due to the fact that they felt there was an exaggerated visibility in public spaces when on a bike. Society’s expectations of how a woman should look weighed heavily as a reason for curbing their biking as well. Some mentioned that they’d like to use their bikes to commute to work but that it wouldn’t be accepted to show up to work sweaty with their hair wind-blown. Respondents who were parents also touched on barriers to biking because of the division of labor and parenting in their households. Not only were these mothers strapped for time, but they make multiple stops on their transit routes to fulfill their parenting and household duties.

Of the 28 participants included in this report, 18 identified as a racial or ethnic minority. Many people of color reported feeling justified anxiety regarding systemic forms of racism. Given recent and not so recent happenings, it’s not surprising that police violence was a top concern for many people of color. As was similar to the way women felt more visible on a bike, so did people of color. This was also reflected in the narratives when participants talked about maneuvering through public spaces and with fellow bikers. Many people felt that cars and other riders would target them with more covert forms of racism, such as racially prompted road rage or unsafe stopping distances behind their bikes. In addition, bikers of color talked about the current racial make up of the biking movement. Many reported that they found themselves one of the few people of color biking in a mostly white, male dominated movement. This lack of representation in ridership impacted peoples’ thoughts about using their bikes.

Here are a few of the narratives I found particularly interesting:

“I think on a bicycle I would be a little bit more cautious… I think bicycling at night I'd have to turn on that female sense of like, there's a map of the city and then there's a lady's map of the city, which is like you shouldn't go…there at night. And maybe why I choose to drive is because it's being able to say I don't have to pay attention to that. I can go where I want.”
-Carol

“I feel that being African American, I am more hyper-vigilant. I am more fearful than a typical Caucasian person could be on the same bike, in the same neighborhood, at the same time. I have these layers of oppression, if you will, to have to worry about that never crosses a Caucasian person’s mind…Unlike myself, you know, I’m thinking I am aware of my color, and of my culture, and my being an African-American woman at all times. I have to be aware of my surroundings. And it’s, man, having all of these awarenesses and it does interrupt my experience. I can’t really enjoy my experience as much as a typical person would because of all of the oppression that comes with riding a bike as an African American in our community.”
-Janae

So what’s the most important takeaway of this research? What does this mean for walking and biking advocates and for policy? The research suggests that the ability for members of these groups to move through space by biking is inextricably linked to their complex intersecting identities, and that efforts to increase biking within these groups must acknowledge and address this fact. As active transportation advocates, we know that access to safe infrastructure is important to address equity, but rarely do our programs and policies address the barriers pointed out in the research. Is there a way for our programs and policies to address socio-cultural barriers? What would this look like in practice? What steps do advocates need to take to learn more about the marginalized walkers and bikers in their communities?

It’s up to us to bridge the gap between current practices and policies and what the research is telling us. My biking enjoyment and the health of our diverse communities depend on it.