The oceanfront city of Myrtle Beach, South Carolina – permanent population 27,000 – explodes with tourists and temporary workers from all over the world during the summer. With as many as 450,000 people congregating on the seven-mile stretch of beachfront, restaurants, and shops in any given week in the summer, it’s critical that the town’s transportation system is able to handle the large influx of visitors. Central to the experience of visiting Myrtle Beach is the ability to get out of the car and enjoy the town by foot or by bike.

The push to pass a Complete Streets policy came from several directions, explained Kelly Mezzapelle, a planner with the City of Myrtle Beach who facilitated the Complete Streets policy process. First, there was already high demand from residents and tourists for walking and bicycling. “More and more families are showing up for a week with a bike rack full of bikes on the back of their car,” said Mezzapelle.  In addition to vacationers, the town’s population swells with international students who come for summer jobs. “When students from overseas land on our shores, they don’t have a car. They’re getting around by bike and on foot. We need to provide everyone with safe space to bike and walk.”

Meanwhile, Myrtle Beach is also striving to become known as a sports tourism destination. Already the site of an annual marathon every February, the town is hoping to attract bicycle races, triathalons, and other competitive sports events to the area – and being able to walk and bicycle will be important for competitive and recreational athletes and spectators alike. 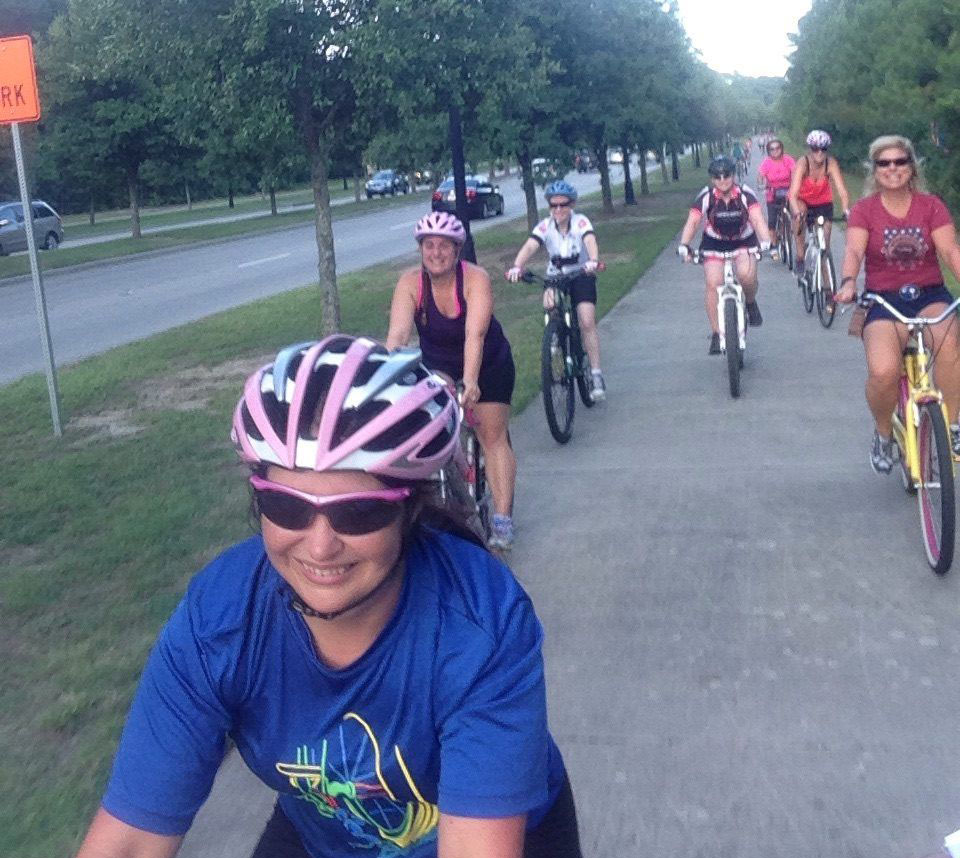 The final impetus came when the Mayors’ Challenge for Safer People and Safer Streets was issued by U.S. Secretary of Transportation Anthony Foxx in January. Foxx challenged mayors to raise the bar for bicycle and pedestrian safety by passing Complete Streets policies, collecting better data, and fixing barriers to bicycling and walking. That’s when the Myrtle Beach Bicycle and Pedestrian Committee launched a campaign to pass the city’s first Complete Streets policy.

With guidance from the Safe Routes Partnership’s technical assistance team, Myrtle Beach gathered data and best practices from similar cities in towns around the country with Complete Streets policies. The Safe Routes Partnership also provided expertise and communications coaching for working with elected officials. “Sometimes we have trouble in the planning department with speaking the same language as politicians. The technical assistance team helped us learn how to better communicate with the business community and elected officials so that we could explain why improving conditions for bicycling and walking was also a political win,” said Mezzapelle.

While there was no major opposition to the policy, some leaders expressed concerns about promising more than the town could deliver. The policy doesn’t get into specifics about future infrastructure projects, but it does require that all future projects – both public and private – consider the needs of people bicycling, walking, and taking transit.

“There’s a project on my desk right now for a subdivision that will include five new roads and a connection to the East Coast Ringway. The existing plans didn’t incorporate bicycling and walking into the transportation infrastructure, so with the Complete Streets policy in place I can go back to the developer and explain that they need to consider connections for people bicycling and walking in these plans,” said Mezzapelle.

Myrtle Beach is now working to develop cohesive rules and regulations for accommodating people bicycling and walking on the streets. The city is also making a big push to educate tourists and residents about sharing the road safely with all modes, creating brochures in four different languages, and producing an insert that will go out with the water bill in August.

“Our goal is to make Myrtle Beach a place that’s easy for everyone to get around,” saidMezzapelle. “We have so many people coming to visit our beautiful town, why should they have to spend time looking for a parking spot or waiting at a red light when they could be out walking or riding a bike?”