South Wenatchee, Washington is a predominantly Latino community located just south of Spokane. The community is largely agricultural, with a highly transient population of migrants who come to work during harvest season. Because many migrant workers come with their families, including young children and other relatives, there is a great need and high demand for safe places to play, be active, and recreate. Thanks to the advocacy and support from community groups and organizations, one local park, Kiwanis Methow Park, had recently reopened with major improvements making it a safe and attractive destination for neighbors. However, the community found that accessing the newly revamped park was still challenging – especially for people biking and walking. 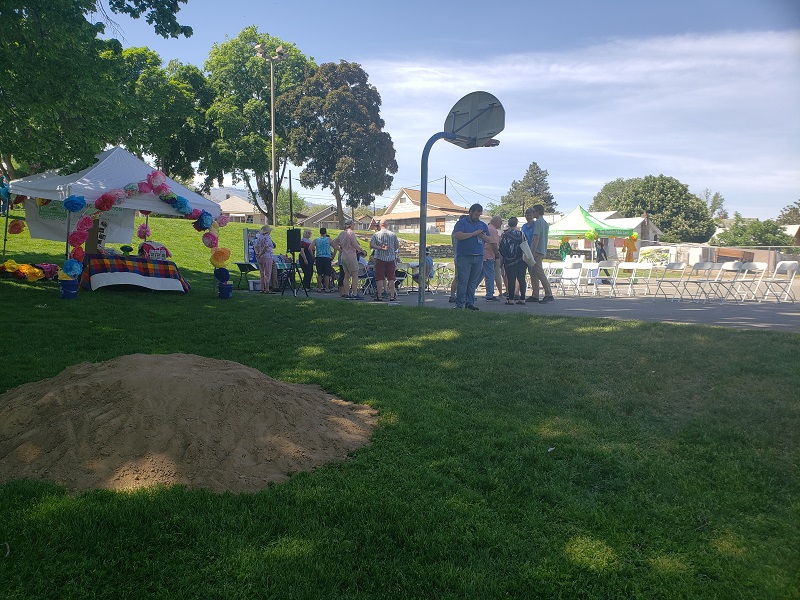 With support from a Safe Routes to Parks Activating Communities grant and technical assistance, the United Neighborhood Association of South Wenatchee organized a campaign with community members to identify the biggest barriers to safely accessing the park and brainstorm solutions. First, they conducted a walk audit where community members assessed current conditions and helped prioritize the most needed improvements.

“Working with Parque Padrinos, we led a walk audit to determine the biggest pinch points and issues for the community accessing the park. One major problem was a five-way intersection located right at the area where the children’s play area is,” said Kelsey Gust from Action Health Partners. To engage and let neighbors know about the walk audit, the group sent out postcards to 700 residents within a half-mile radius of the park. Incorporating outreach strategies that didn’t require internet access was key to involving the migrant community.

During the walk audit, participants developed 15 potential high-priority action items and took a vote to settle on the top priority. The group determined the number one priority was to install LED flashing stop signs at two intersections where community members did not feel safe crossing because drivers often did not comply with the traditional stop signs. One of the selected intersections is a 5 way stop at the top corner of Methow Park. This is a highly utilized route to access the park and Columbia Elementary.  “A lot of kids playing at this park are children that go to Columbia Elementary, something needs to be done about this crazy intersection [above the playground],” said Si Stuber, Columbia Elementary Principal. 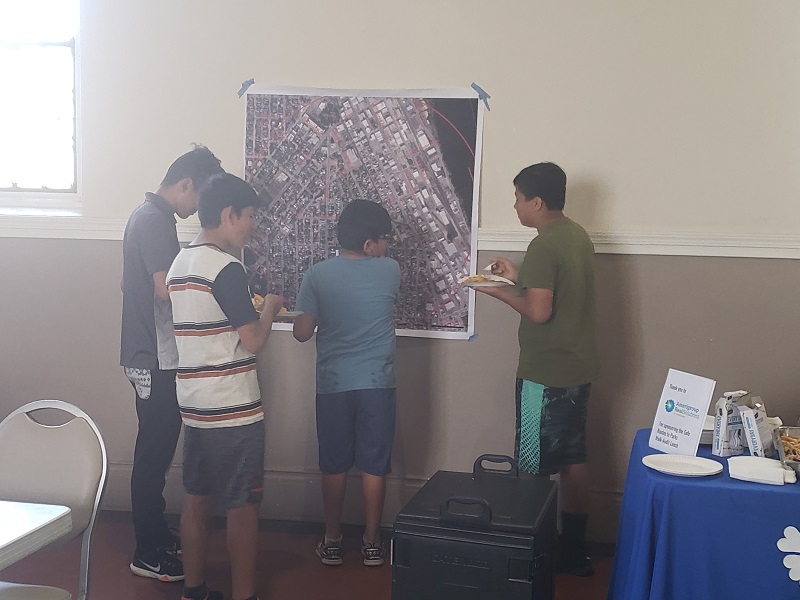 The other high priority intersection is a four way stop on a highly utilized route to the park on Peachy and Methow. This intersection, located one city block from the park next to a community market with a high volume of foot traffic, was the second-most discussed location for poor stop sign compliance. To resolve these conflicts, coalition members partnered with the City of Wenatchee to install LED flashing stop signs in place of four basic stop signs in the two community identified priority intersections. These infrastructure improvements will enhance pedestrian safety, particularly children accessing Methow Park and the Elementary School.

“The community members who participated in the walk audit feel ownership of the LED stop signs and have seen the improvements in stop sign compliance. They know that the stop signs will help increase the safety of children and adults walking on the routes where the LED flashing stop signs are located,” said Kaitlin Quirk from Action Health Partners.

Intergenerational events like the community walk audit and other park and afterschool programs have given grandparents and young children opportunities to meet at the park and work together on community improvement efforts.

“Finding that group of community that you can rely on to get real engagement and feedback from is critical. Without support and engagement from UNA and Parque Padrinos, we wouldn’t have been able to gather the comprehensive feedback that we did. The group of kids and families that live two houses away from the park were able to provide firsthand perspective of what they experience and witness on a daily basis,” said Kelsey.

The park access improvement project also provided opportunities for the community to engage in a positive way with local decision makers and officials. “The city engineer for the park was part of the coalition and she was on board with decisions as well. The city police department also came to meetings and offered informative feedback, and also joined in on the walk audit which was great for improving relationships with community and police officers,” said Kaitlin.

The newly improved park opened in January of 2020 during the peak of cold winter weather and snow. Going forward, the Safe Routes to Parks coalition in South Wenatchee will continue meeting biannually in an effort to keep momentum and build on successes from the Safe Routes to Parks grant. They will continue working together to improve the safety of routes to the newly renovated Methow Park and other parks in the community.