Even though this strategy is not new, the eyes of technology and social media have made the acts of legal and illegal violence toward Black and Brown communities by police more visible to us -simultaneously preventing us from looking away from the reality, faces, and names of victims, while also proving to communities of color that our fear and distrust of police is warranted.

Evidence of racial profiling by police has been documented by many. In one report, The Leadership Conference on Civil Rights found quantitative and qualitative evidence of the pervasive use of racial profiling in street-level crime. From the same report, African Americans and Hispanics were found to be disproportionately stopped and searched by police, even though they were less likely to be found breaking the law, whether through possessing contraband or committing other criminal acts.

In addition to racial profiling causing increased contacts with police authority, a study published in the American Journal of Public Health found that during a police interaction, Black men were approximately three times more likely to be killed by police than white men. Corroborating this fact, a meta-analysis published in the Journal of Experimental Social Psychology found that research participants (police officers, undergraduates, and community members) were quicker to shoot both unarmed and armed Black targets in a shooting simulation. 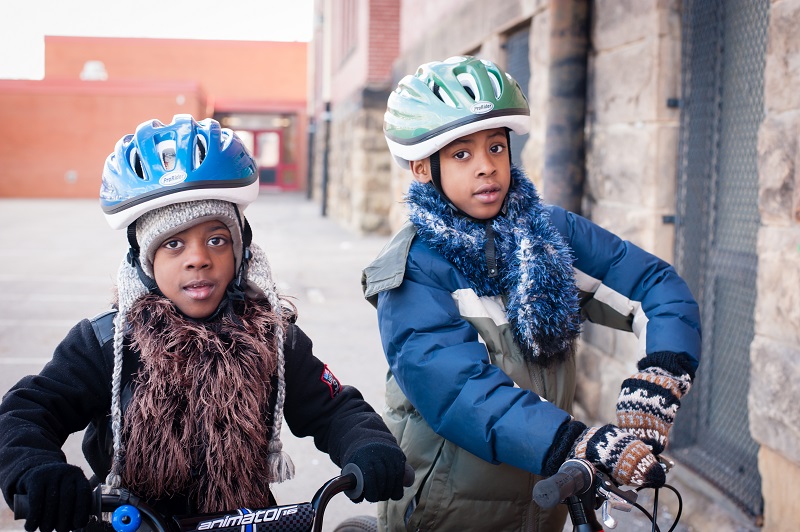 As walk and bike advocates, we need to come together to protect people in communities made vulnerable not only by missing and poorly maintained bike lanes and sidewalks, and inequitable policies, but also by over-policing. Traditionally, enforcement has been a key strategy to curb traffic related fatalities and injuries for walker and bikers. However, enforcement in the form of policing has raised rational concerns and equity issues, especially from those who advocate for and live in low income and communities of color. By encouraging policing, movements to increase safety for walking and biking, like Vision Zero and Safe Routes to School, may increase the stress of real and perceived personal safety concerns for people of color, especially those men, women, and children walking and biking while Black.

As Black deaths continue at the hands of police, more join the outcry to make Black lives matter. Yet, we still need more white active transportation advocates to cease their complacency where Black and Brown bodies are concerned. Let’s all raise our voices and put ourselves in action. There is no single solution to this issue, but advocates can dig deep and stretch themselves to make the connection between their crusades and the role they can play to protect Black lives:

Want to join us in ending over-policing as a safety solution in walking and biking? Post your promise to Twitter.