2018 Election Results: What Do They Mean for Active Transportation? 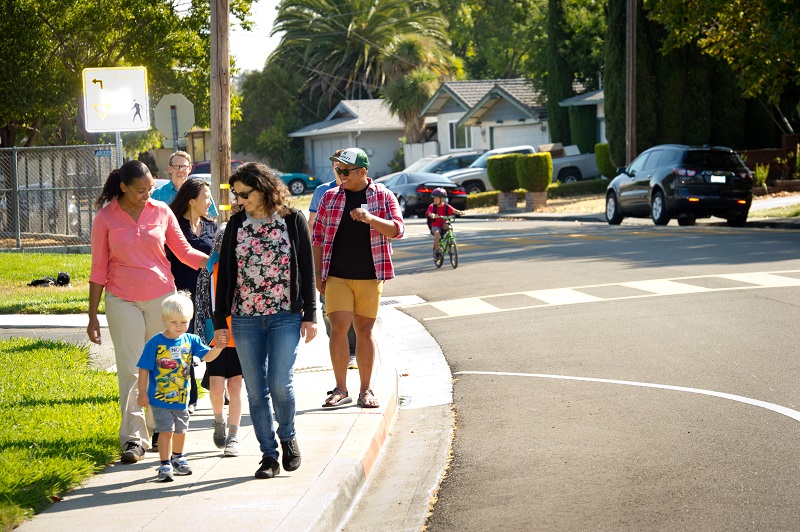 As the media has fully covered, the November elections resulted in Democrats getting the majority in the U.S. House of Representatives and Republicans retaining their majority in the Senate. That means we have a divided Congress and compromise will be needed for any legislation to move forward.

The House Transportation and Infrastructure committee will be in good hands: Rep. Peter DeFazio (D-OR) will be chairing the committee. He is a friend to transit and active transportation. Several years ago, he gave an impassioned speech to help save the Safe Routes to School program. Rep. Sam Graves (R-MO) will be the new ranking member. In the Senate, the Environment and Public Works Committee will have stable leadership with Sen. John Barrasso (R-WY) continuing as chair and Sen. Tom Carper (D-DE) continuing as ranking member.

Specific to transportation, the next Congress will have important work ahead. The current transportation law, the FAST Act, expires in September 2020—which means Congress must start in 2019 holding hearings and considering how to move forward. Pundits and policymakers have already started talking about how infrastructure may be a good place for Democrats and Republicans to reach bipartisan consensus. We are hopeful that such talk will focus on directing more resources to existing good programs like the Transportation Alternatives Program (TAP) or maintaining our existing infrastructure rather than on one-time new initiatives to build big new road projects.

Funding is always a challenge anytime transportation and infrastructure comes up. The federal gas tax is meant to be the sole funding source for transportation, but it has not been increased in 25 years. Projections are that by 2020, the gas tax proceeds will be $20 billion less than current transportation funding levels. Rep. DeFazio has been fairly vocal about the need for a long-term funding solution for transportation, and last year introduced legislation that proposed indexing the gas tax to inflation to ensure it grows with the economy. He is also joining forces with Rep. Blumenauer (D-OR) to encourage the House Ways & Means committee, which handles tax issues, to establish a subcommittee or working group to solve the transportation shortfall.

Active transportation has been in a defensive posture for nearly a decade now, trying to prevent cuts or elimination. The House Freedom Caucus, which consists of the most conservative Republicans in the House and fought to eliminate funding for biking and walking, has lost a significant amount of influence. House Democrats have a long history of supporting transit, biking, and walking. It will be a welcome change to be able to engage on policy issues and funding levels that support a balanced, multi-modal transportation system.

We will still need to be realistic though—to become law, it has to pass both the House and Senate, so we will need to calibrate our proposals so they can garner bipartisan support. We will be looking at issues like increasing funding for the Transportation Alternatives Program, maximizing local control over transportation choices, more clearly listing Safe Routes to School eligibilities within TAP, and getting more access to safety dollars to address the rising challenges to people walking and biking.

We all have a lot of work ahead of us in the next two years to push for greater federal support of Safe Routes to School, biking, and walking. We look forward to partnering with you to tell the stories of why Safe Routes to School matters—stay tuned once the new Congress gets rolling in 2019.